The American Business Council Kuwait (ABCK) held their Back to Business networking event at the Jumeirah Messilah Beach Hotel and Spa on 17 September. In attendance was the US Ambassador to Kuwait, H.E. Lawrence Silverman, and over 100 guests from the US Embassy and ABCK community.

In his opening speech, Oswaldo Rueda, Chairman of the American Business Council, welcomed the distinguished guests, and then requested Ambassador Silverman to address the gathering. In his speech, the ambassador talked about his involvement with ABCK over the past three years and thanked ABCK for being the voice of the business community for the past 35 years. He congratulated the Council on increasing its membership by 70 percent and added that he was sure that ABCK would continue to grow the strong trade relationship between the US and Kuwait. 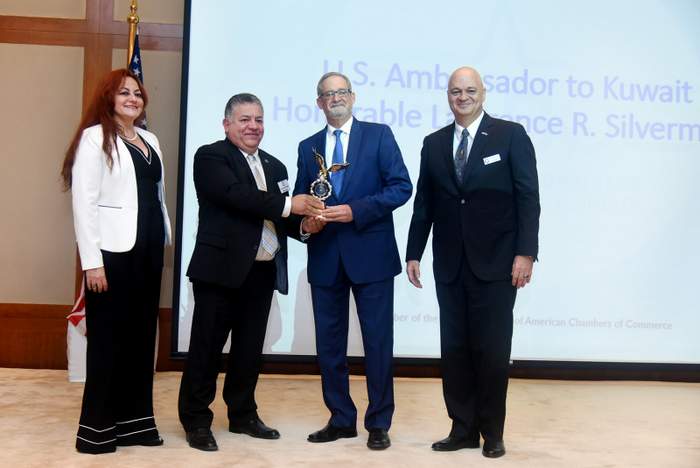 The ambassador, who is leaving Kuwait shortly following the end of his tenure here, was presented with a memento in recognition of his contributions to

Following dinner, a town-hall meeting was held during which ABCK Vice Chairman, Frank Belonus and Executive Director, Esra Cavdarli Menke, briefed the guests on expansion plans for ABCK, while highlighting the major achievements of the Council during the past few years.